During research on passenger lists, up popped Polly Zanetto!   Never heard of her!

However, she was travelling to Philadelphia with George, Pip & Albert on the Gallia on 31/8/1893.  Her age is given as 18, meaning she would have been born in 1875.  (Her situation "wife" is probably an inversion with Jessica "spinster" who was in fact George's legal wife.)

The following 2 photos were part of the "shoe-box" collection purchased at the auction (see "1912 in America"), and which must have belonged to Pip's brother Albert.

Albert no doubt wrote "Pip's wife Polly" on this one, taken in Philadelphia, leading us to believe that, while married to Minnie Carne and having an affair with Mary Fleming, Pip was also involved with another woman called Polly! 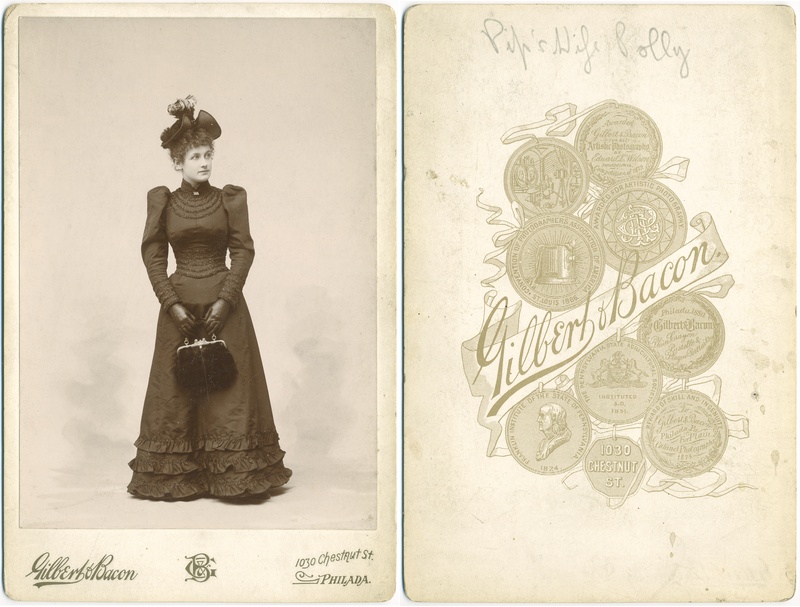 In 1892, the Zanettos were performing in the Isle of Man where this photo was taken, but there is no date on it.   It is clearly Polly sitting between Pip and George, with Albert behind her ('unknown' with his hand on George's shoulder), and she looks rather tall compared to Pip: 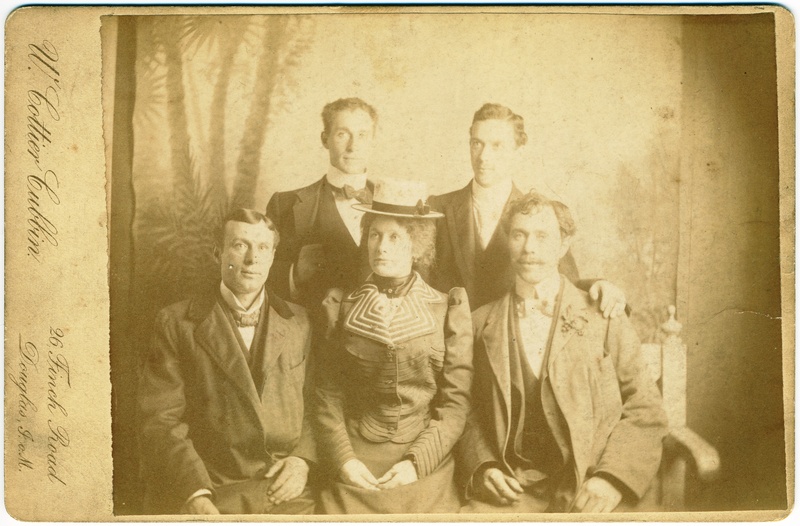 Apparently Polly is a commonly used dimunutive for "Mary Ann".  So it is very possible that this is in fact Mary, as suggested by her and Pip's granddaughter Terri who sent me the only photo she has of her paternal grandmother:

We believe that Polly and Mary Ann are the same lady, making Pip slightly less wicked than we  had feared!

After leaving Pip, Mary Ann was in the news in her own right, sounding quite a character ...