There are 3 women called Jessica in the same family line, and I have referred to them as follows:

Jessie was born in 1892.  The earliest photo I've found of her is as a baby in a group.  Courtesy of Albert's hand-written comments once again, we can identify her and see that the Bales and the Prossers knew each other well: 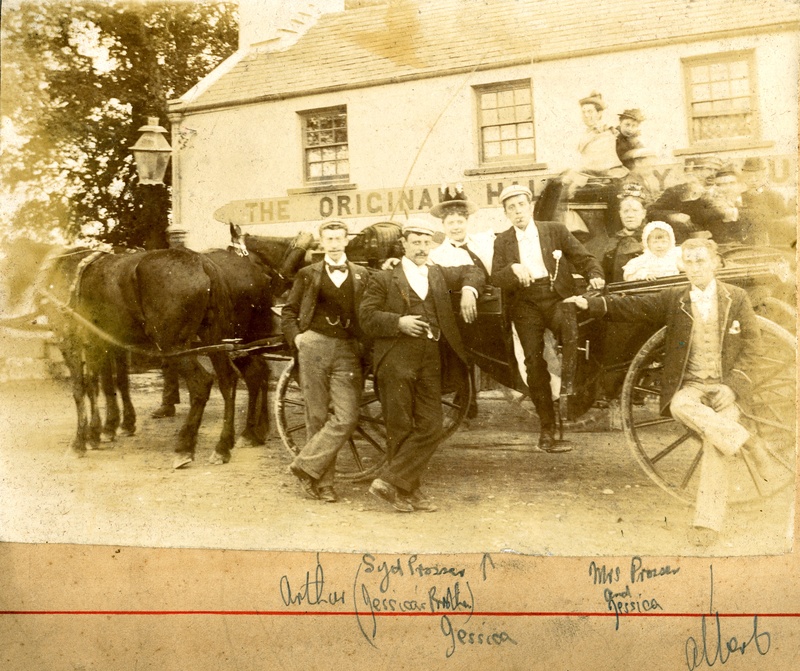 Then, there is the one printed in the newspaper reports about her parents' divorce in 1897, where she is referred to as "Little Miss Bale". 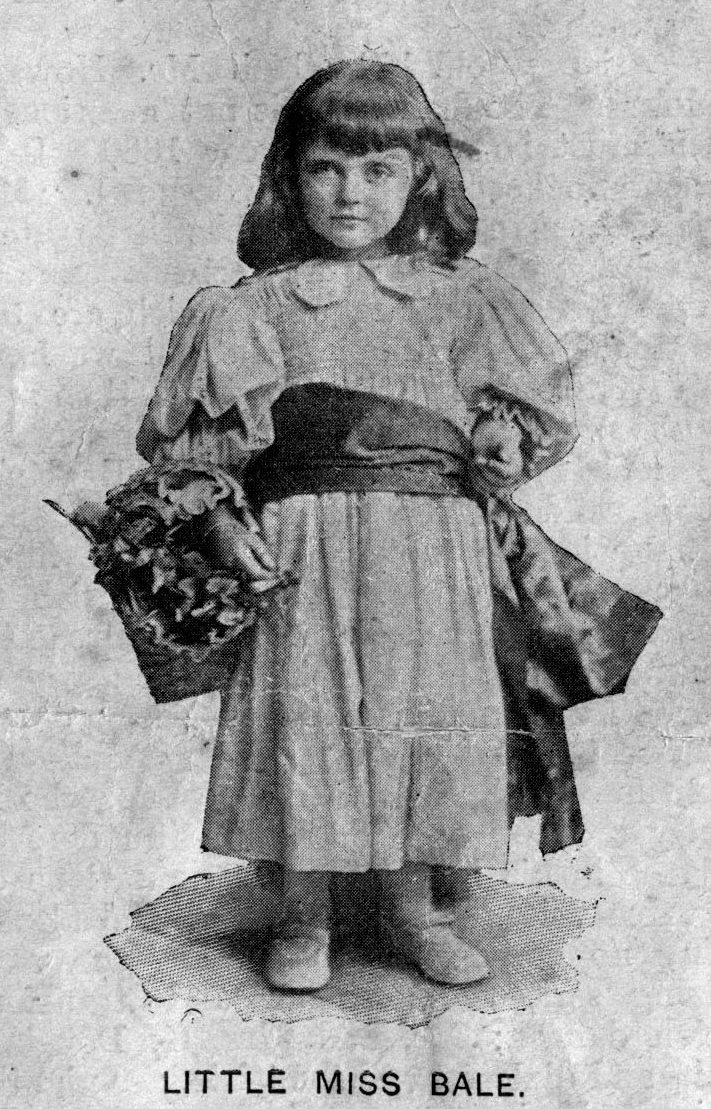 George was granted custody of his daughter.  In the 1901 census she is listed on the census as being a boarder at Dagmar House School, Hatfield.  George below with his young daughter Jessie. 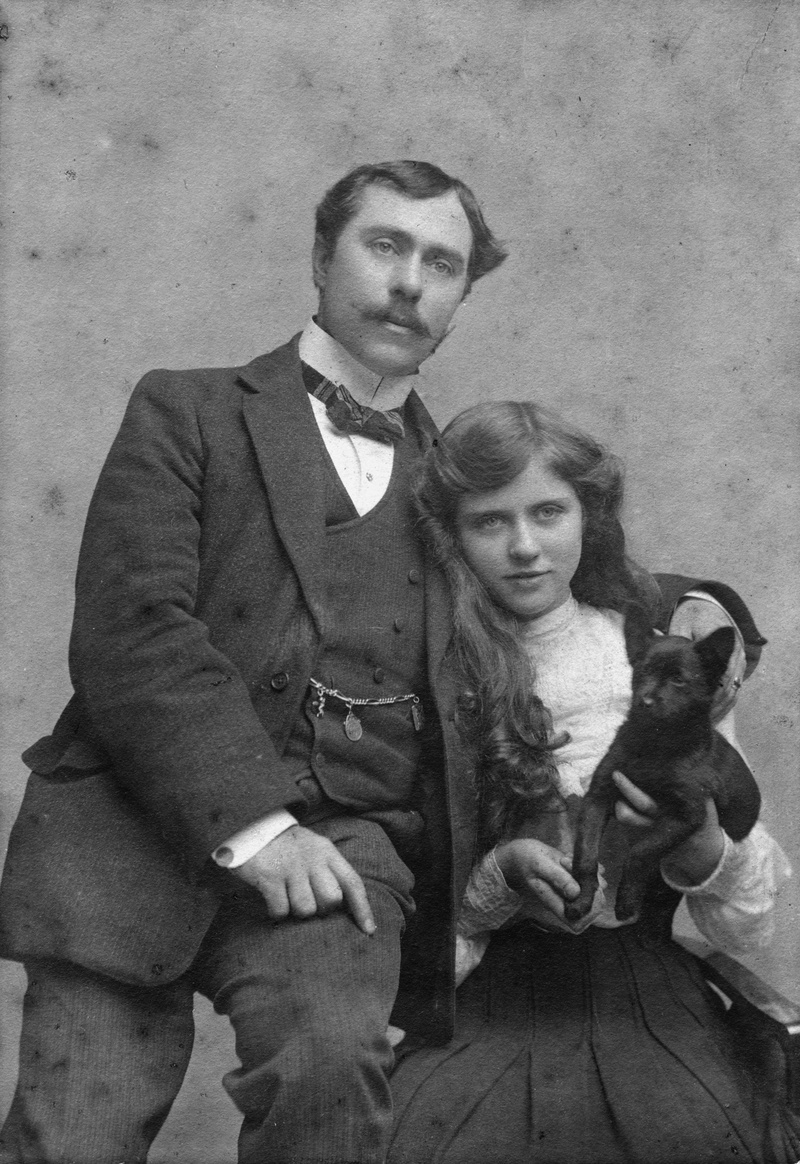 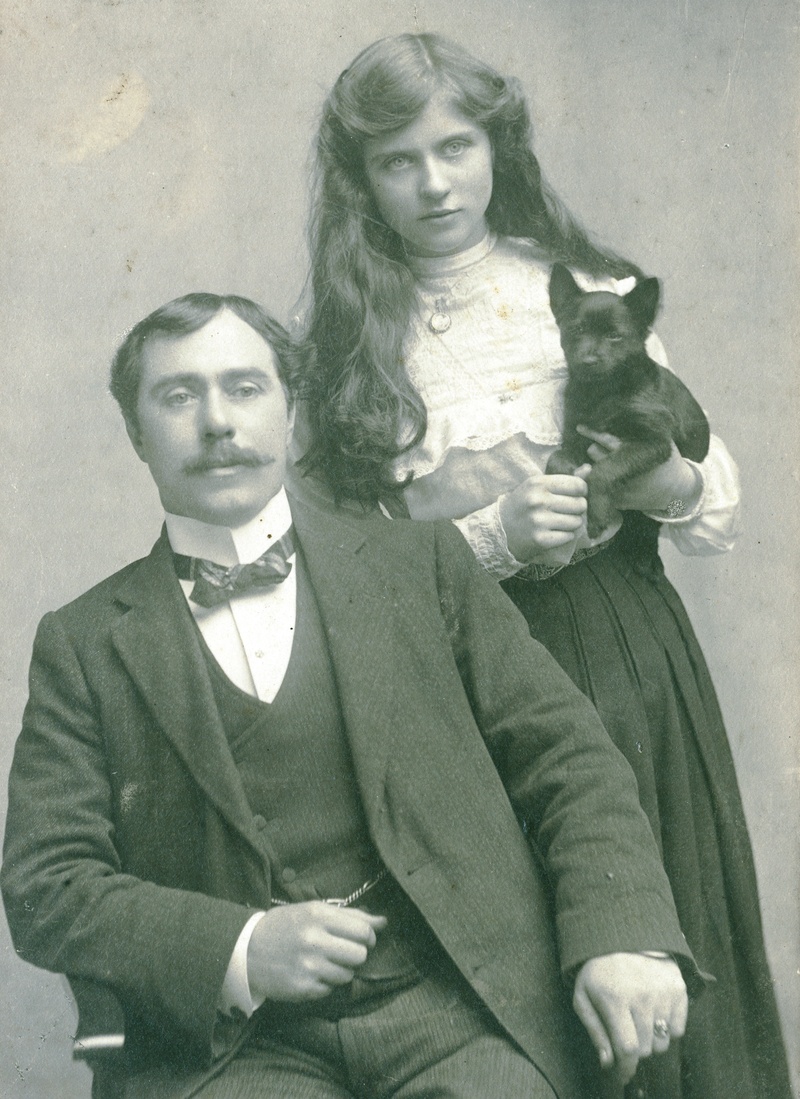 Jessie was still quite young when she began travelling with The Zanettos, and no doubt her aunt Lilian (Pip's wife) would have chaperoned.

In fact, they became very close from what Lilian told me, more like sisters.  They are together in many photos such as this one in Vienna that I believe would have been taken before 1908.  Lilian is 2nd from right with Jessie.  George is almost always in the photos too, keeping an eye on her (and in this instance, reading the paper!). 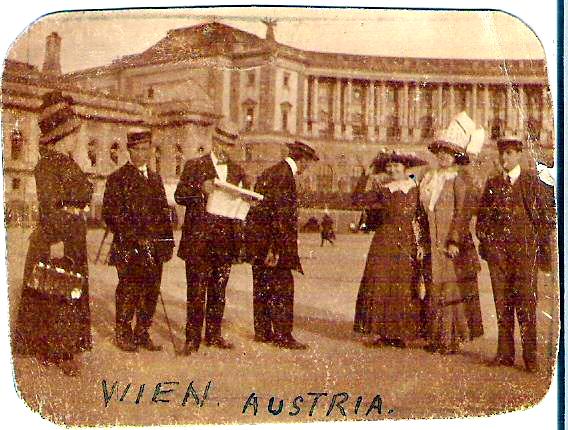 By the time she was 15, she was already on her way to New York with the Zanettos.  They sailed from Southampton on the S.S. Philadelphia on August 10th, 1907, and Jessie is on line 19.  As for the rest of the family, her Bale grandmother is shown as the nearest relative. 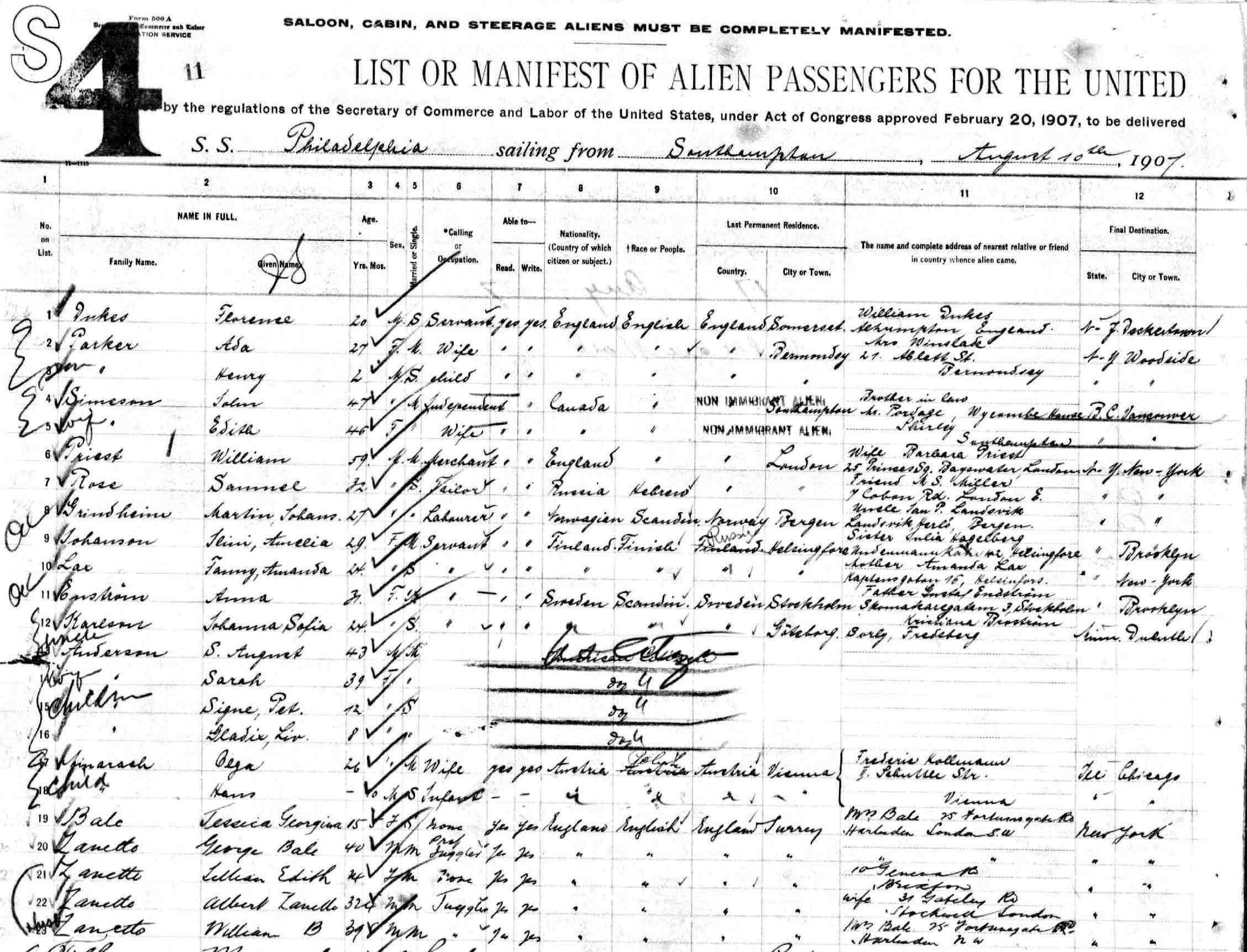 Bearing in mind that nobody had a passport, on the 2nd page, line 19, there are details about her height, complexion, colour of eyes, etc. 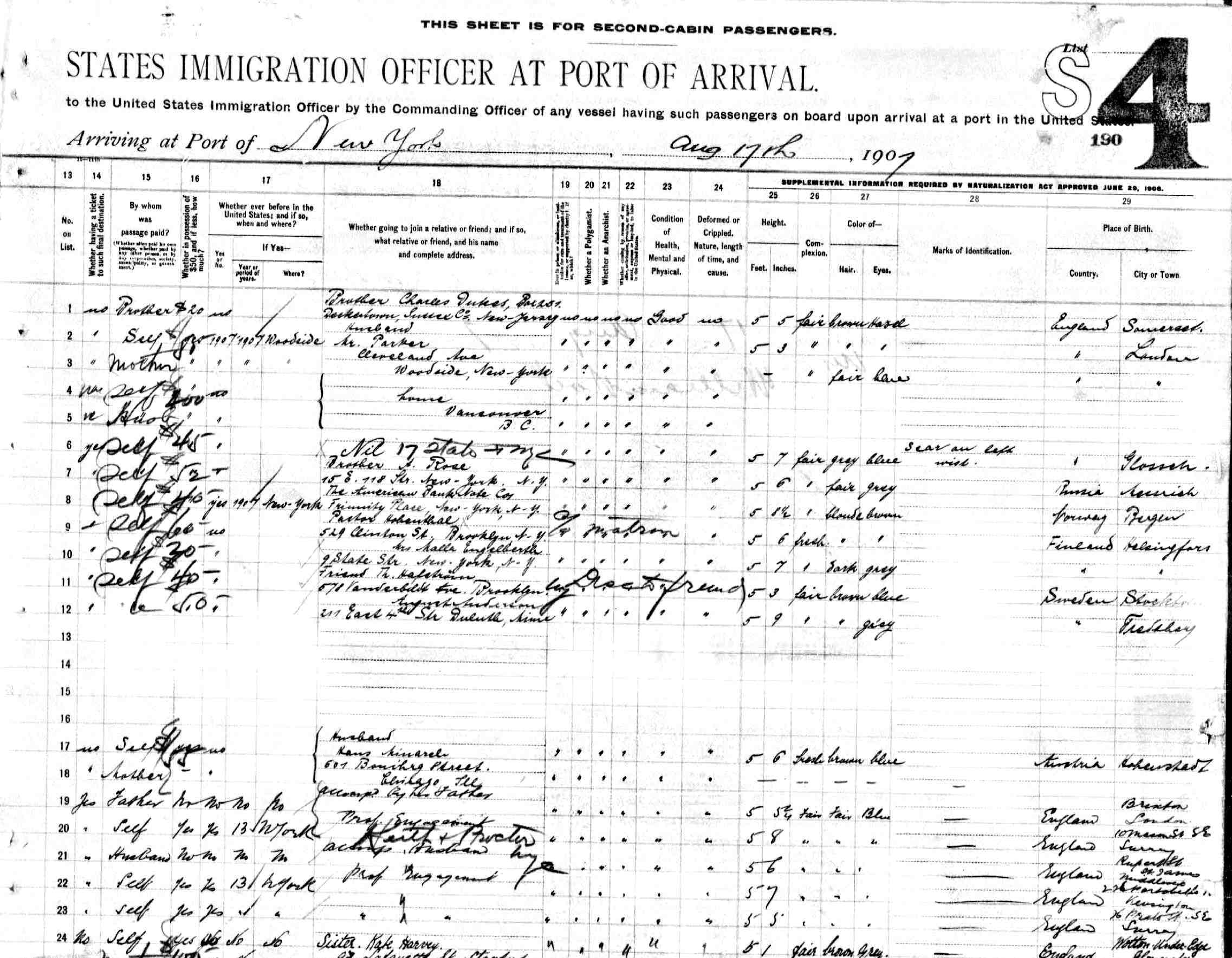 Unfortunately not many photos have a date, but she is with them in America at Christmas in 1908: 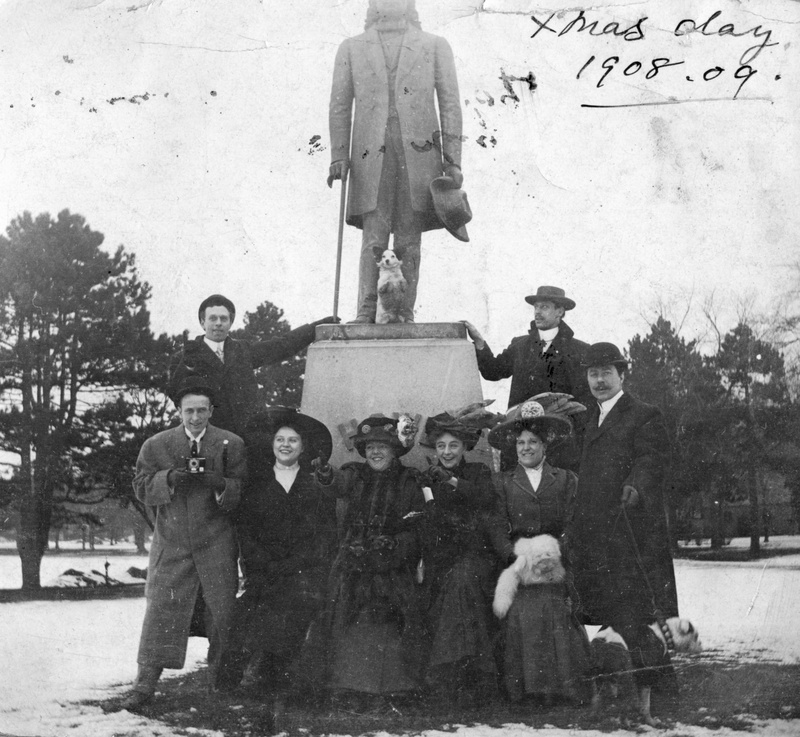 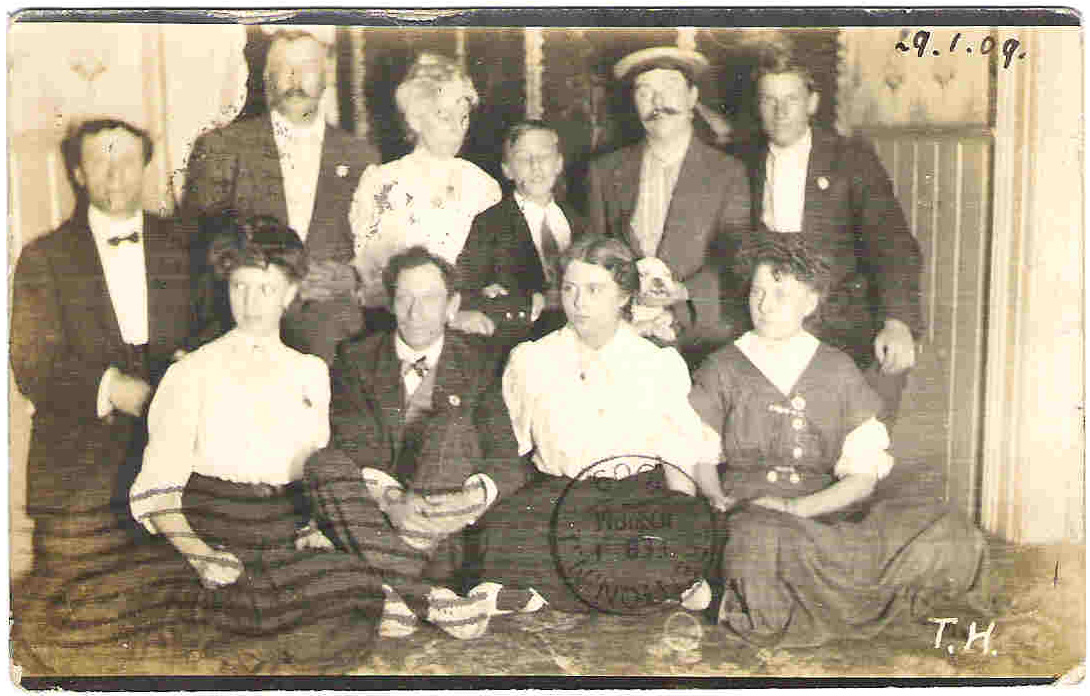 Here are Jessie and Lilian in New York, photographed by Pip: 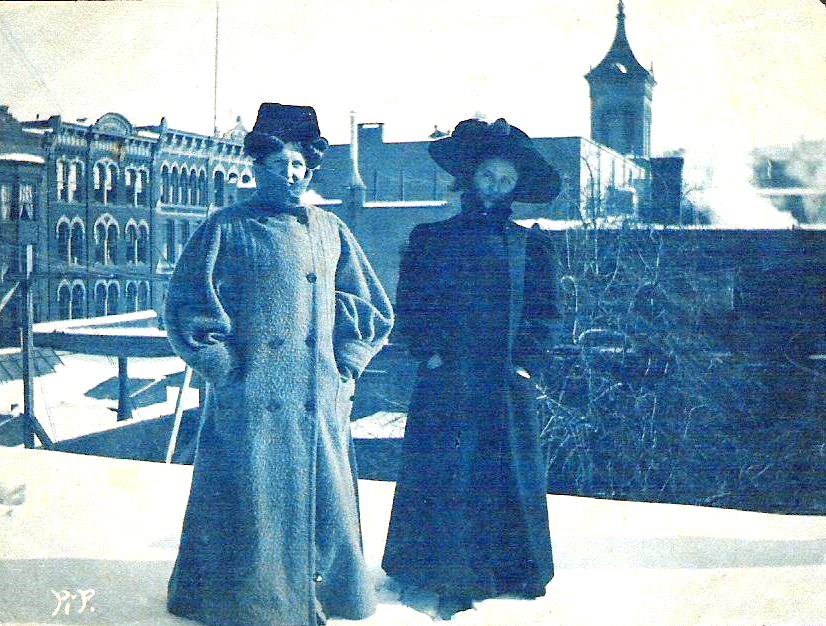 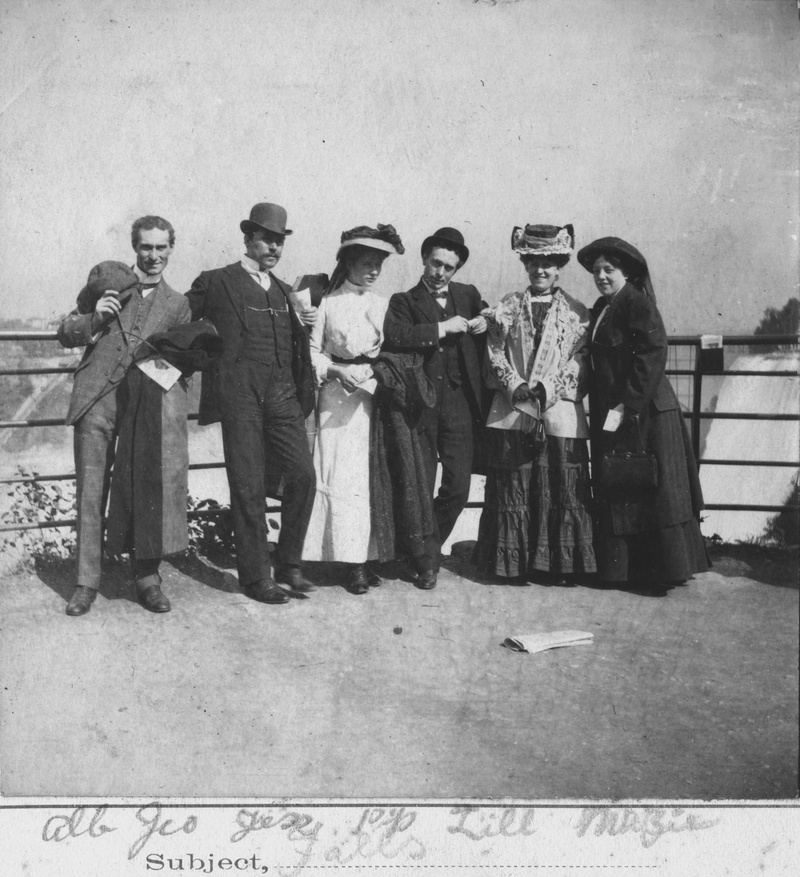 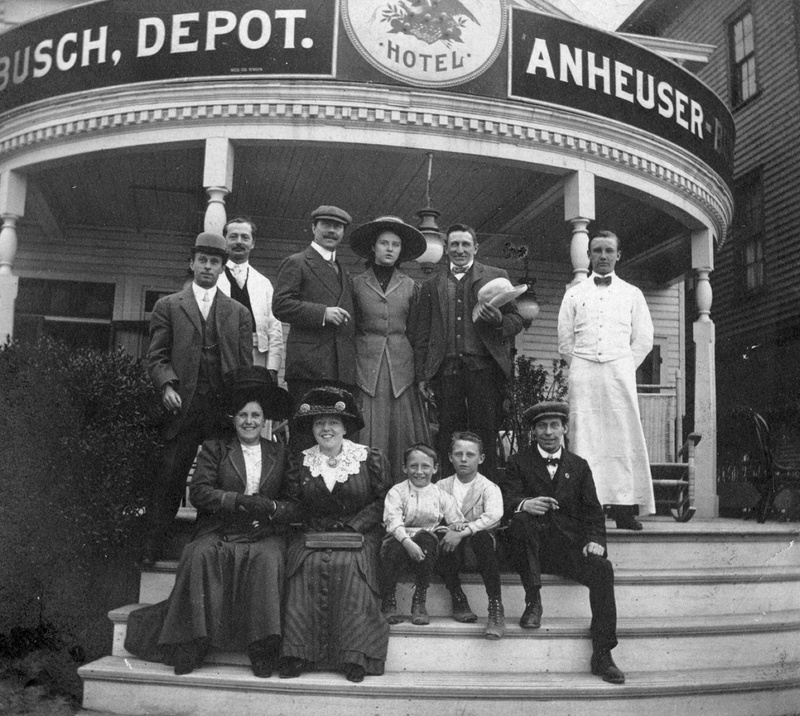 Back in England, she was photographed with her Bale grandmother in London, and once again Lilian is with her.

The man is Arthur, George's brother, with his wife Minnie.  Their first child Alfred was born in Nov. 1907, so this would have been taken early in 1908 (Lilian would have been pregnant with Lily, born in September 1908). 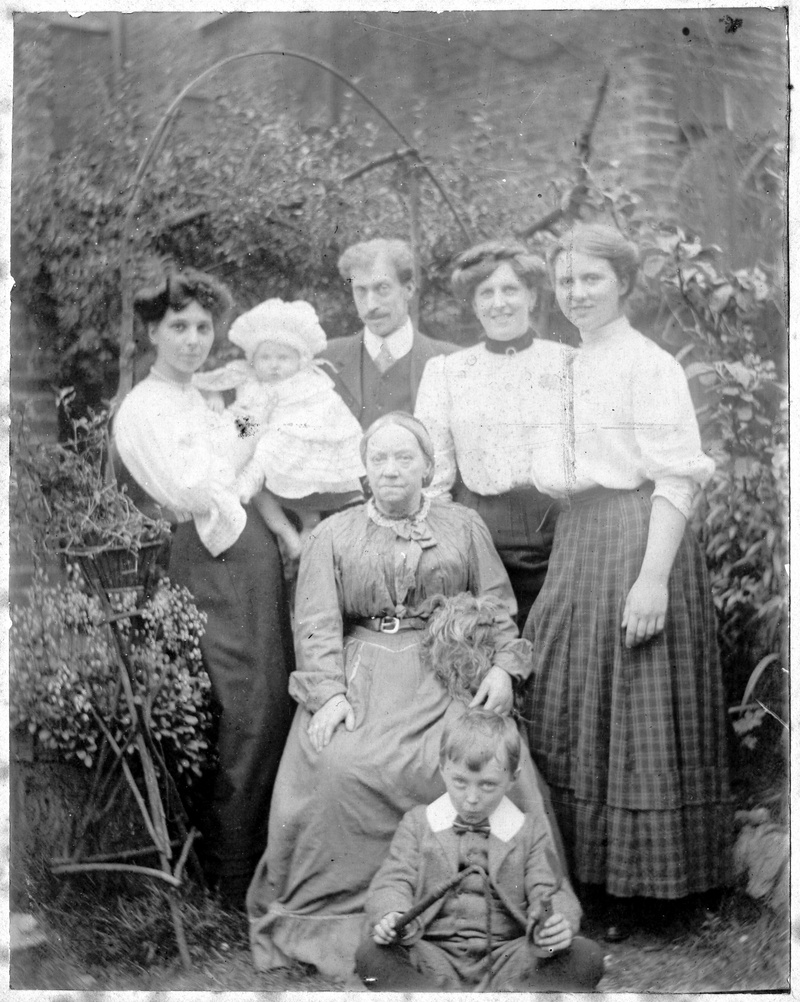 Jessie became part of The Royal Zanettos' act after Frank left the troupe in 1909.  On November 13th 1911, she sailed from Southampton to New York on the S.S. Philadelphia with George and Pip, all 3 using the name Zanetto.  She was 19 and her profession is shown as Music Hall Artiste: 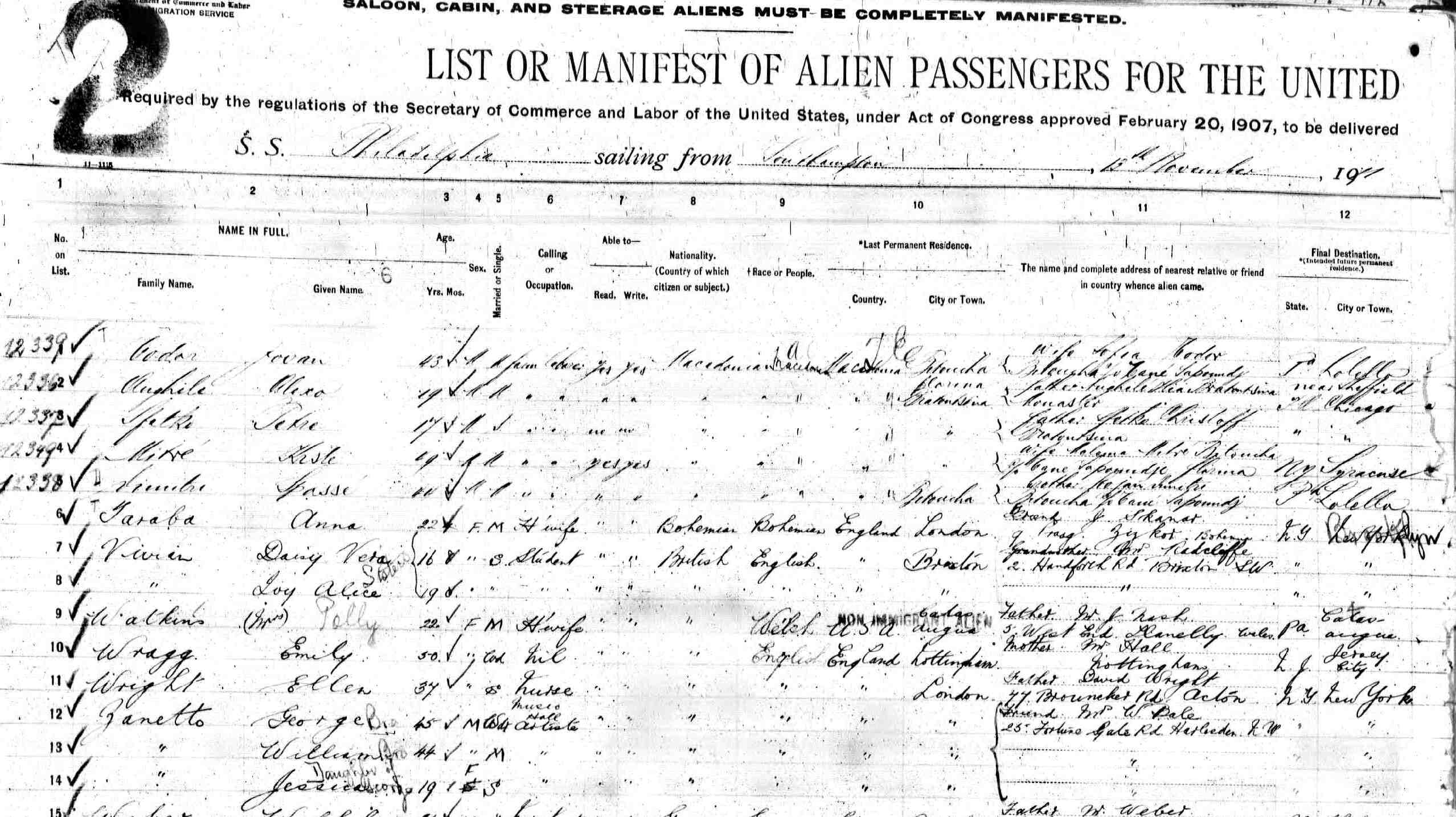 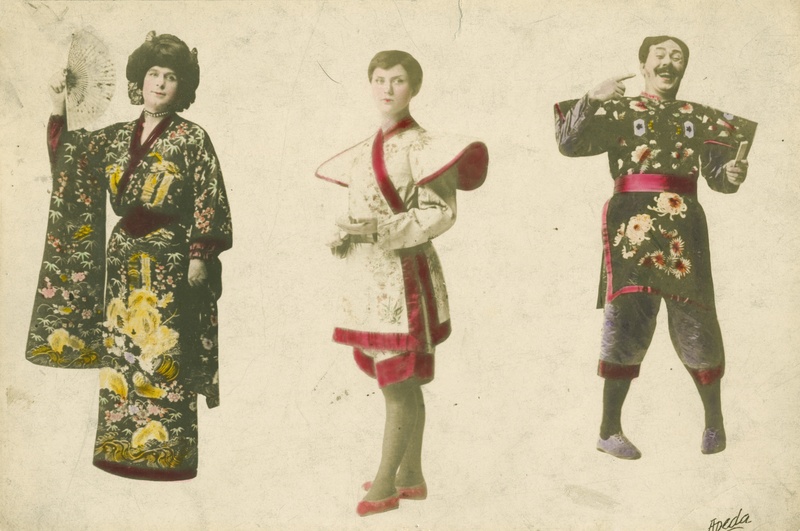 There are records in Pip's notebooks of her being paid while on tour in America.  Below are the pages for Tacoma (near Seattle) and Valejo (near San Francisco) in 1912. 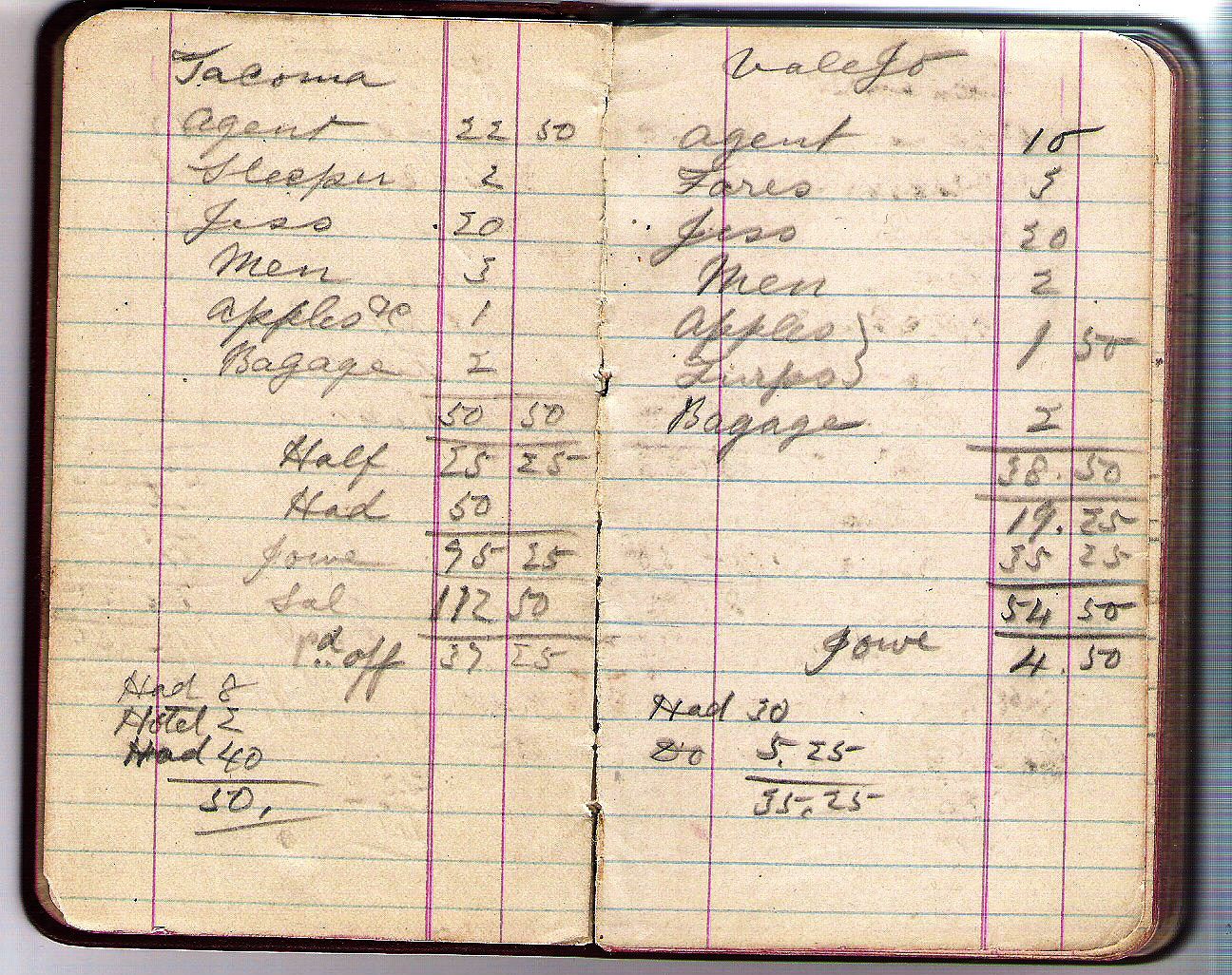 This is the time when they were touring with Charlie Chaplin.  The following photo of Jessie isn't very good but on the back it gives the date and place, probably also valid for the photos with Chaplin: 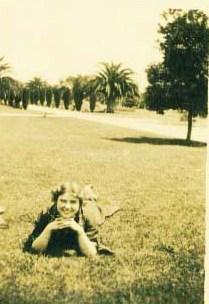 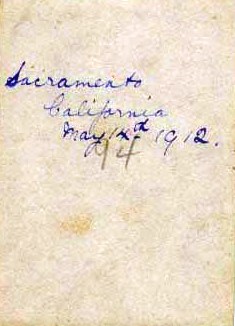 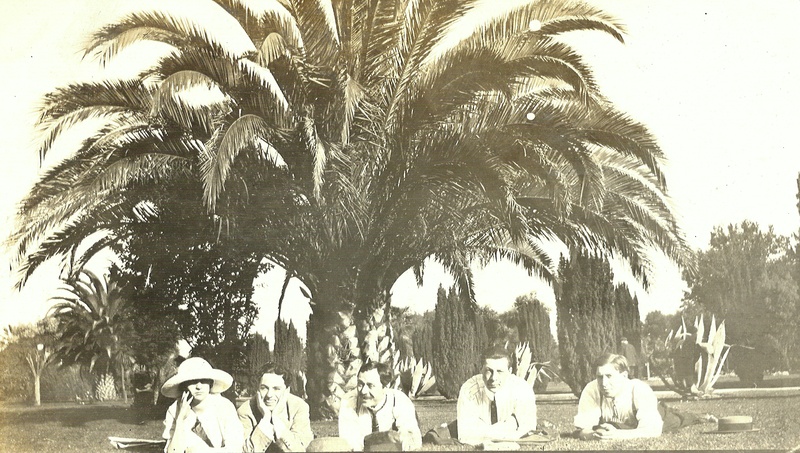 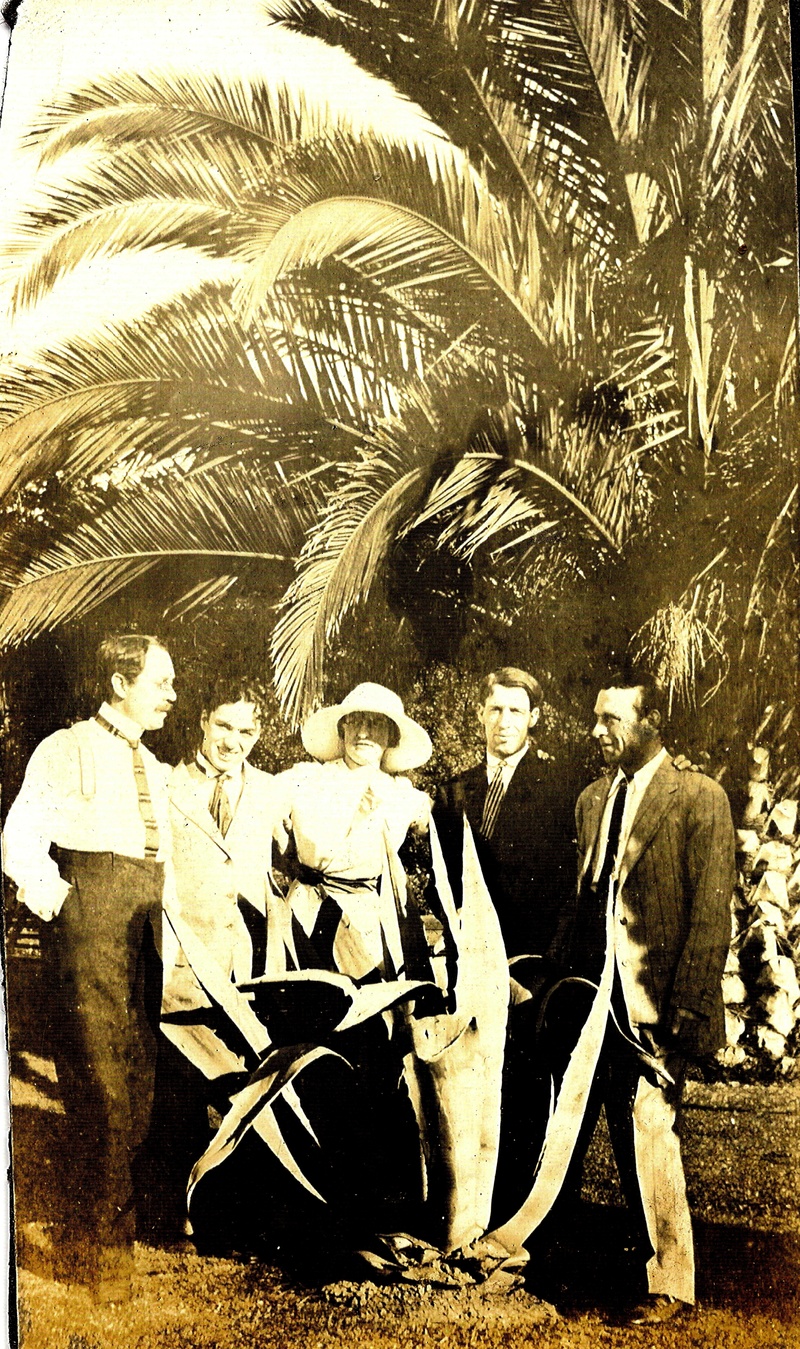 Here is another 1912 photo of Jessie, this time with Pip's daughter Lily who arrived in New York with her mother Lilian in August (see "1912 in America" for more photos) 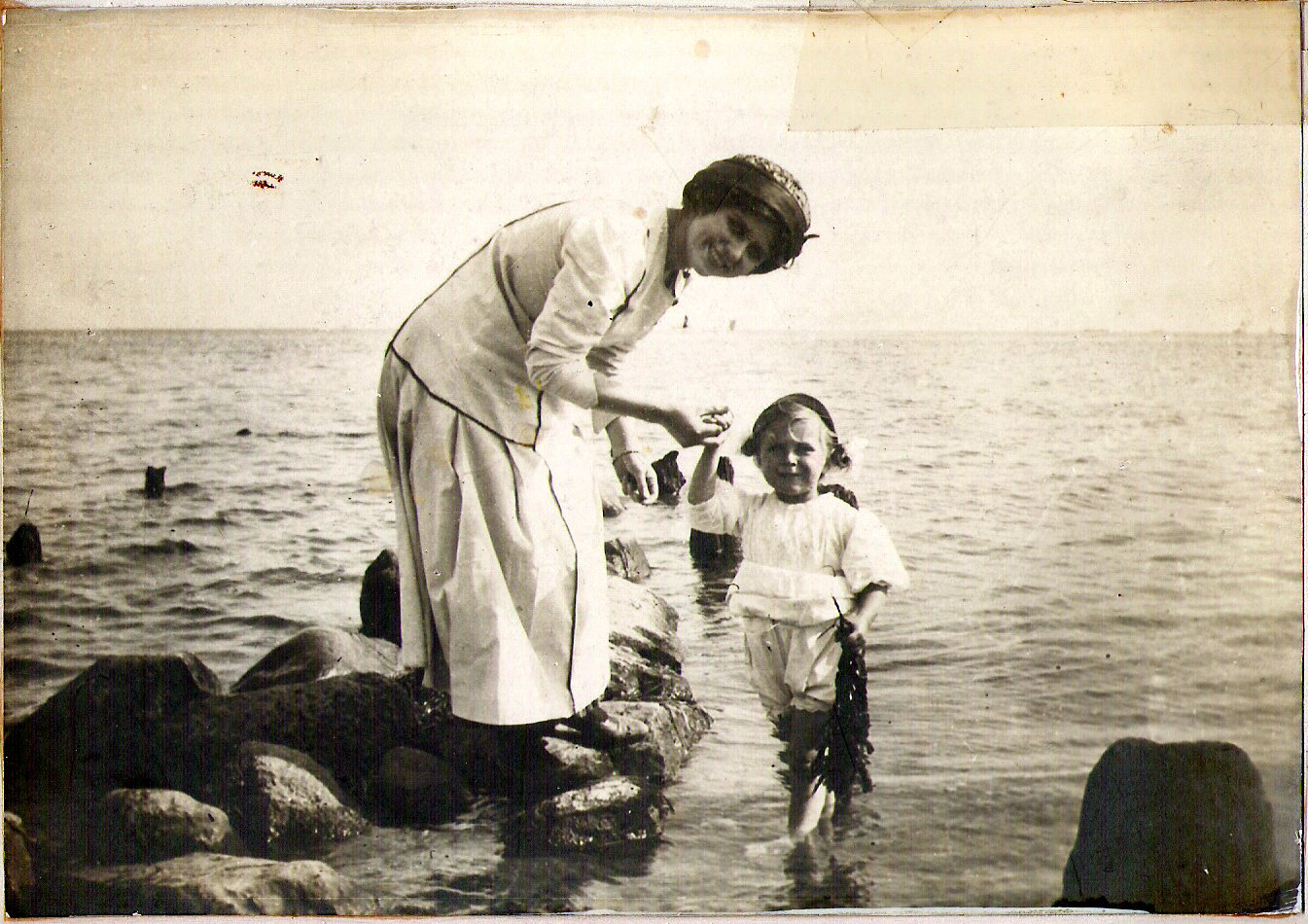 Lilian told me that Jessie went off with someone from the circus while they were touring America.  It was clearly a very important event for her, and to me it sounded incredibly romantic!  Low and  behold, among Lilian's papers was a postcard that speaks for itself: 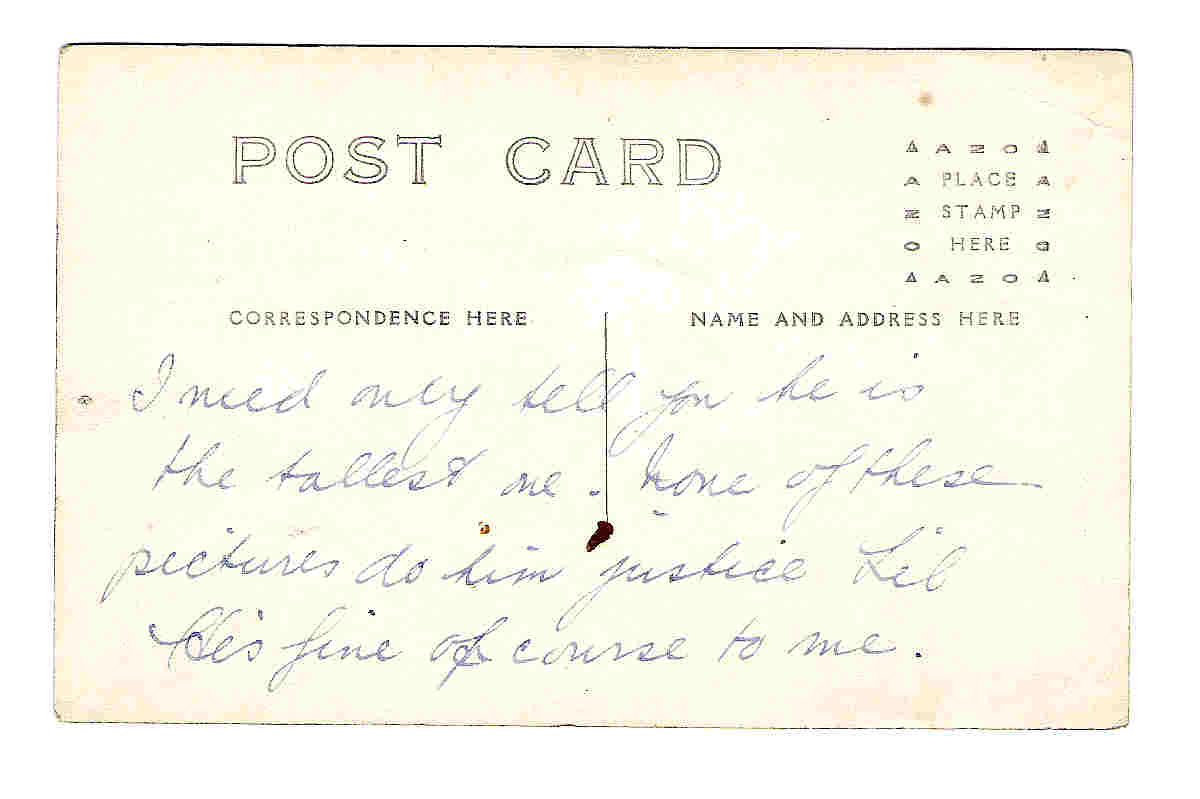 and here is the illustration on the other side: 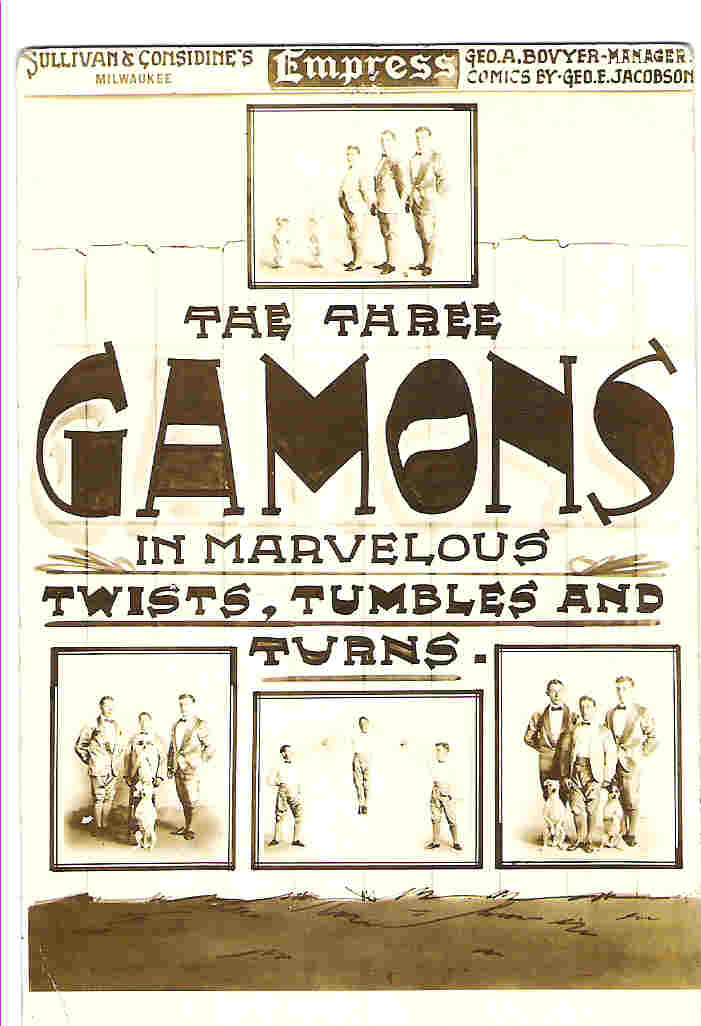 Below, a poster kept by my grandmother Lilian, showing The Three Gamons on the bill with The Royal Zanettos in Louisville, Kentucky, for the year-end holidays in 1911.

It took a great deal of research to find the location and year for this poster.  However, our deductions were finally confirmed by the current Mayor of Louisville, and then by the corresponding page from Pip's account book. 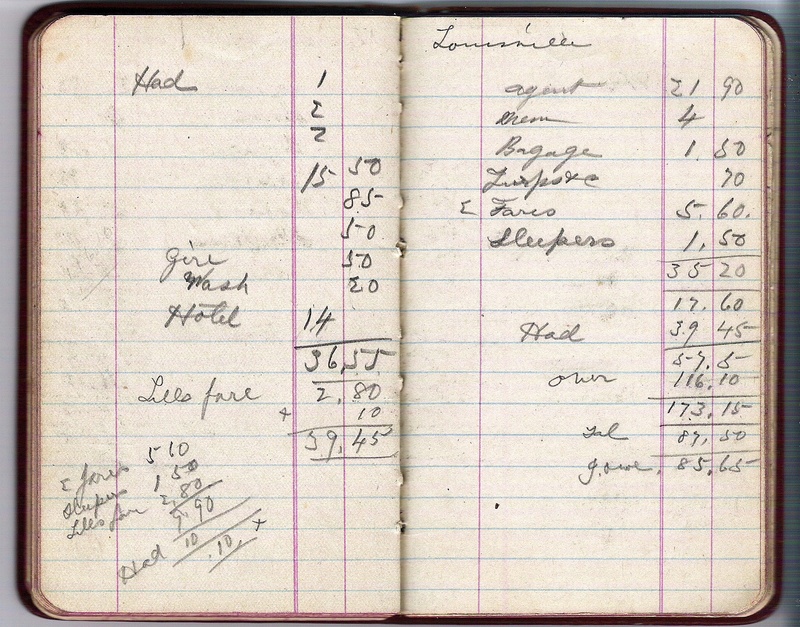 When George and Pip returned to England in 1913, Jessie stayed behind with Carmelo.  This practically marked the end of "The Royal Zanettos" and the beginning of a new life for Jessie as Mrs Palomar (see pages about "Jessie & Carmelo Palomar").