More
On the Sullivan & Considine circuit across North America in 1912

The Zanettos toured North America with the Fred Karno troupe on more than one occasion, but one year that stands out is 1912, when they toured with Charlie Chaplin.

This bill (courtesy of "A.J" Marriot) shows them in Portland, Oregon.

The photo below shows a scene from Chaplin's famous sketch "A night in an English Club", with a dedication to The Royal Zanettos from Alf Reeves on the back.

(see http://www.cobbles.com/simpp_archive/charlie-chaplin_biography.htm for more about Alf Reeves and the Karno tour in America). 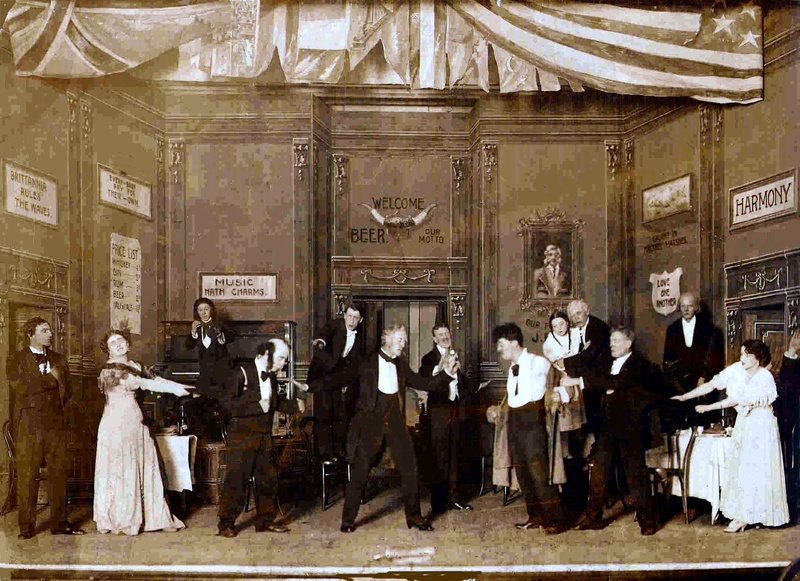 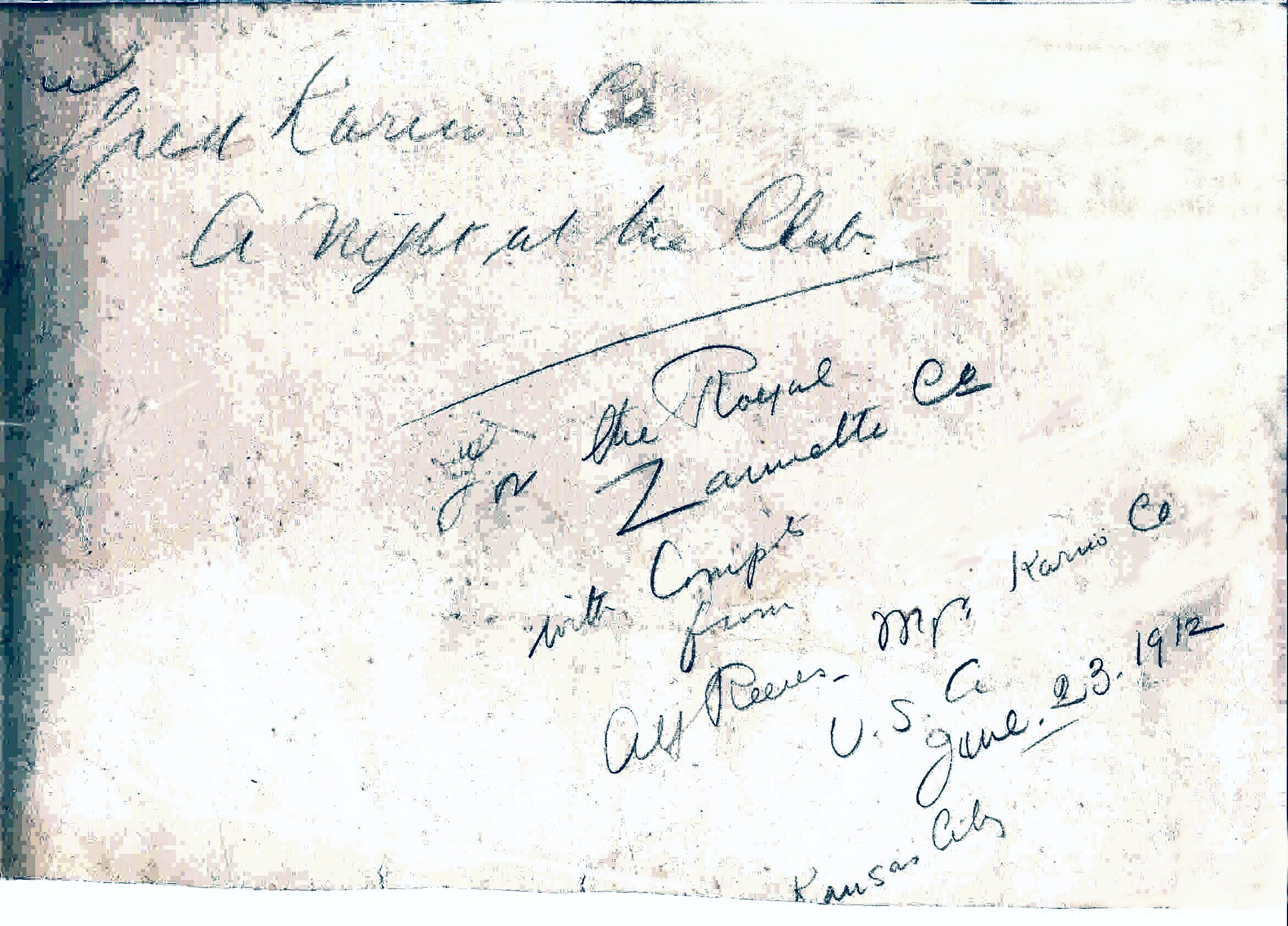 The following two photos were probably taken that same year, presumably in California.  There was a story in the Bale family of Jessie having a little fling with Charlie, but until these photos were sent to me from Australia by another of Pip's granddaughters (my cousin Marion), I had completely forgotten about it!

In the first one, Pip is on the far right, George on the far left, with Chaplin and Jessie, George's daughter.  (The other man is unknown to me.) 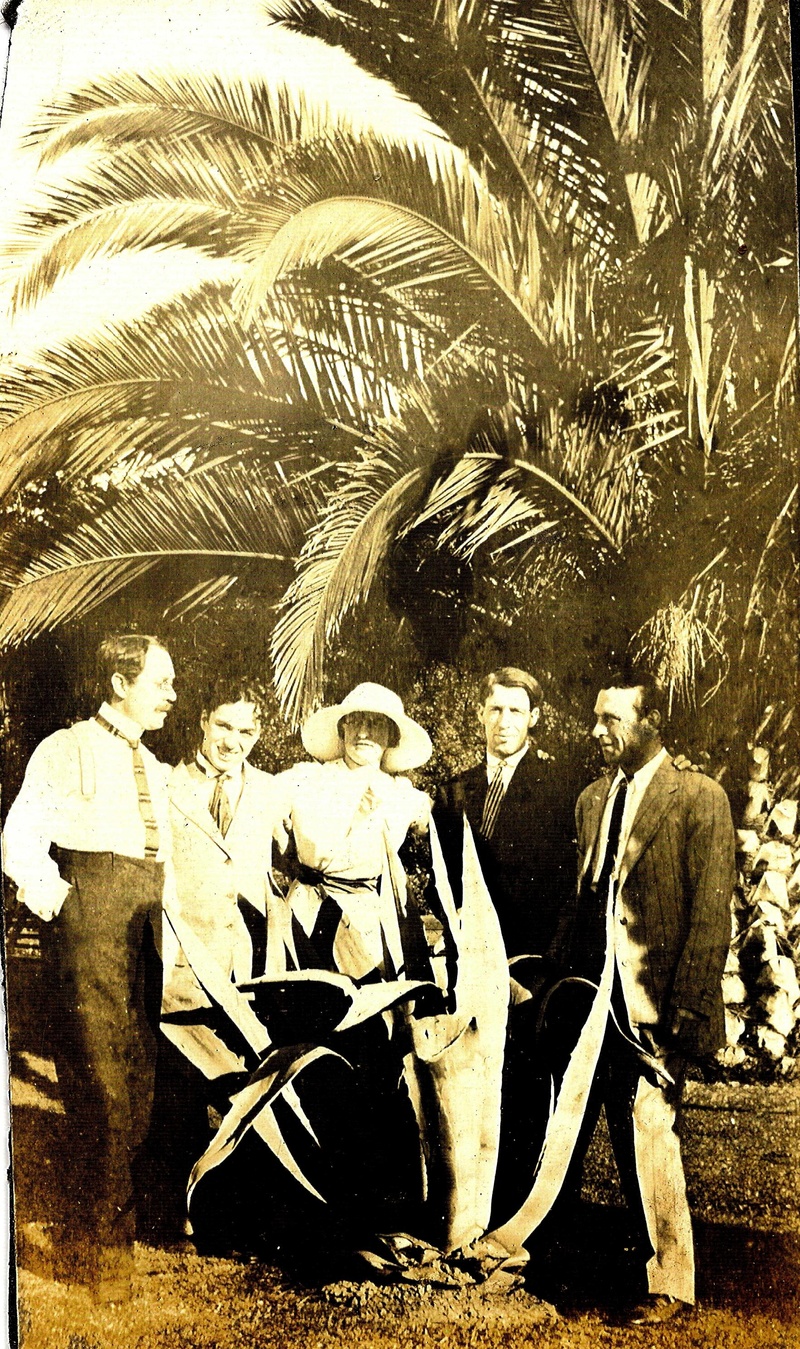 Here are Jessie and Charlie Chaplin again, with George plus two unknown men. 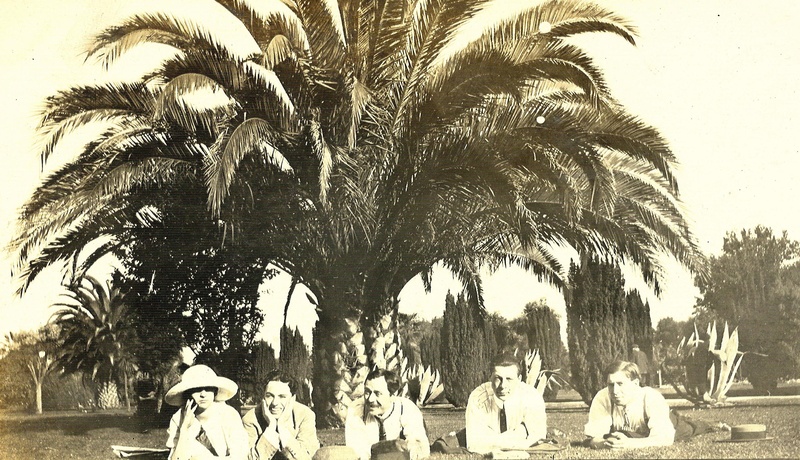 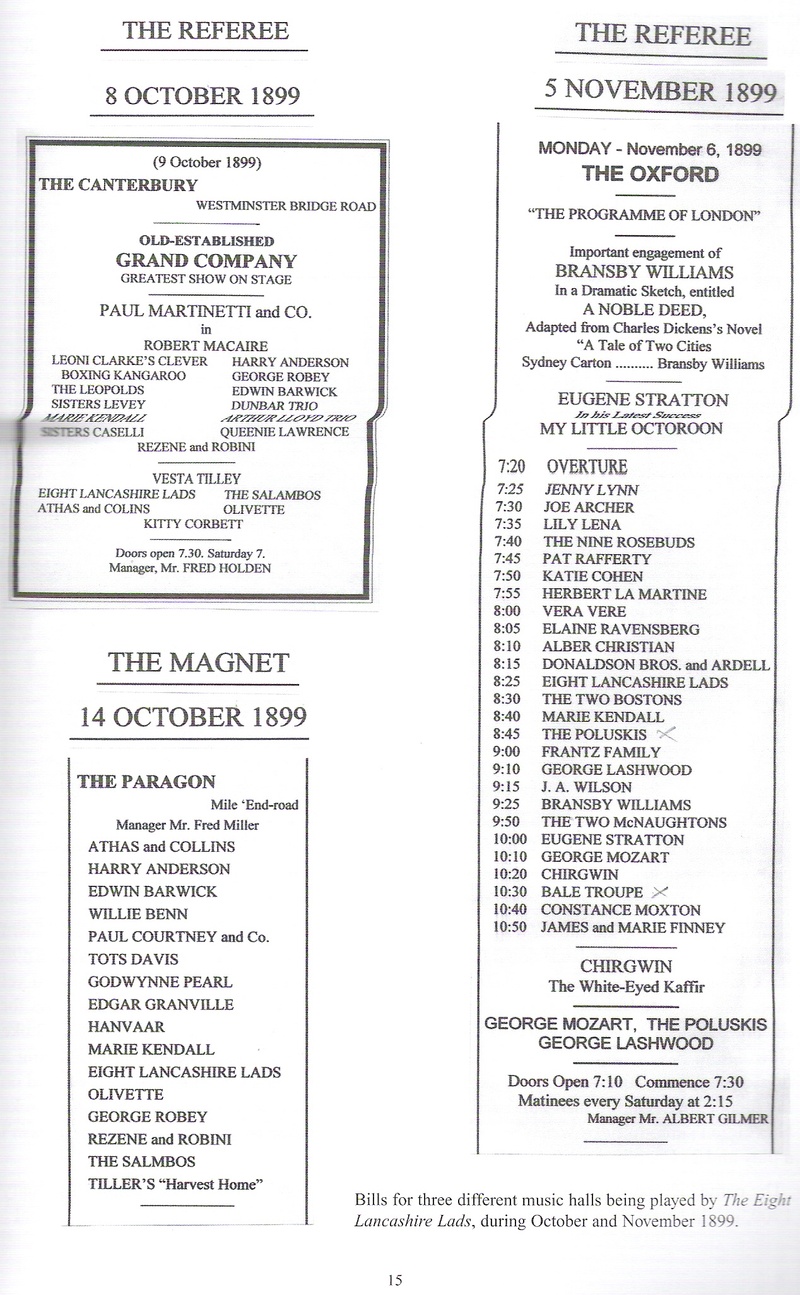 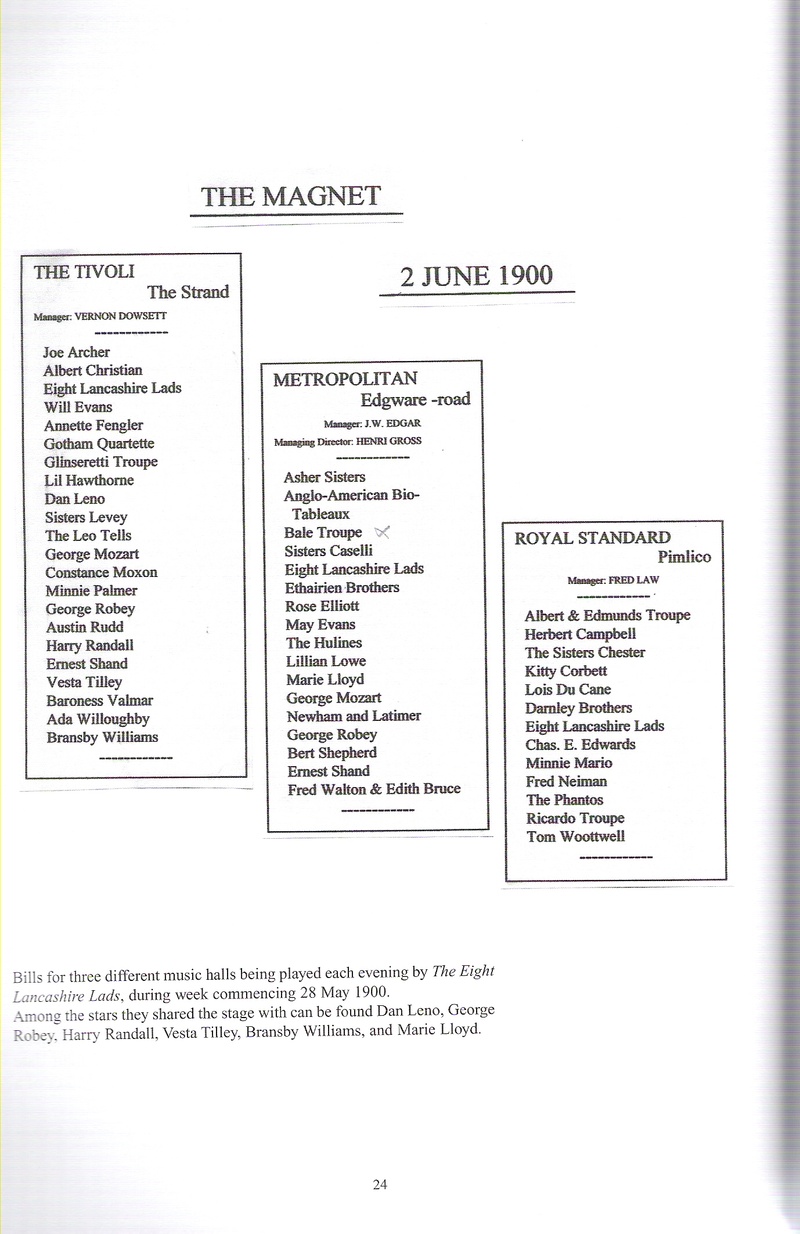